Do you know how points are calculated when you remove a word?
There are two points given for each letter of the word that you remove.
Let’s search for the potential word to remove, for example – “RIG”. 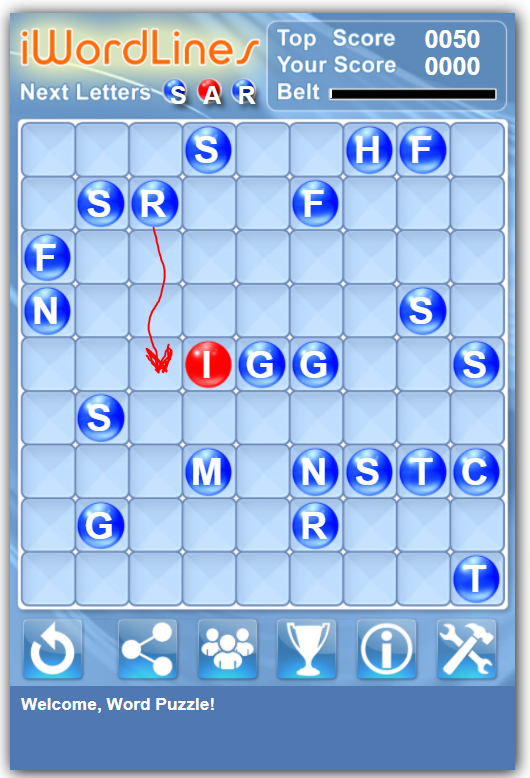 After removing word “RIG” you will get 6 points, but could you earn one more point in addition to the regular calculation? 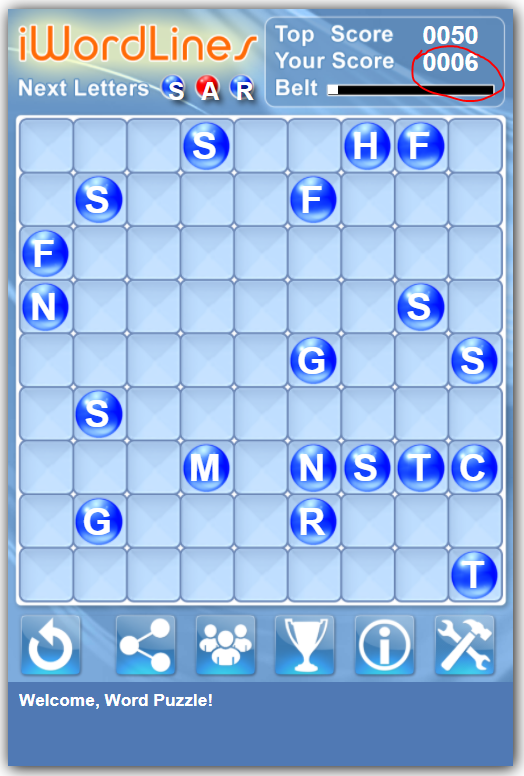 The answer is “YES”! You just need to disable suggestions for the “Next Letters”.
Just click on “Next Letters” and search for potential word, for example “LABS”. 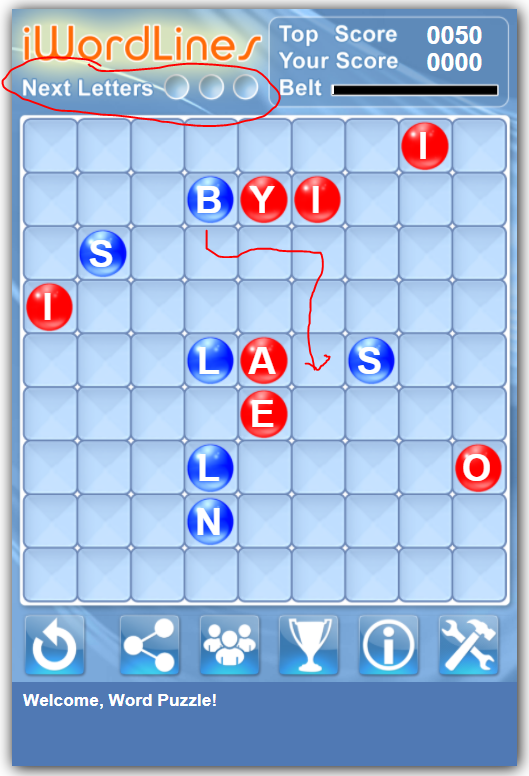 As you can see, instead of regular 8 points there are 9 points.
One more point is given because suggestions were turned-off. 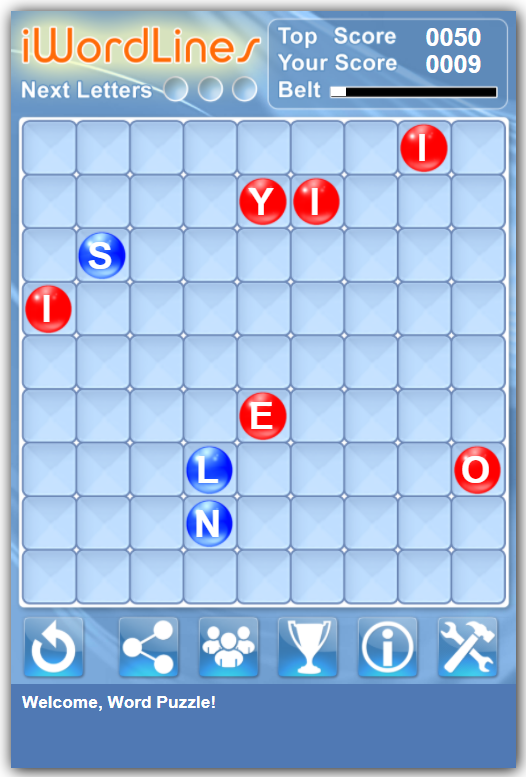 How to get a high score playing Word Lines Puzzle Game? 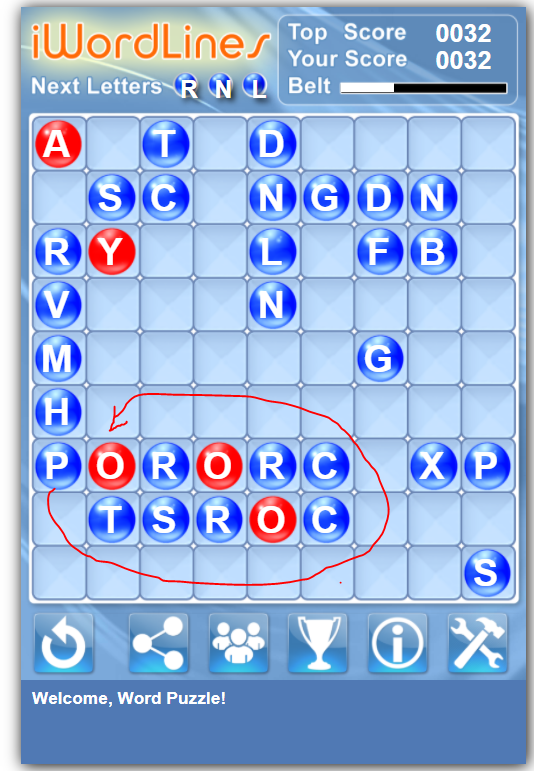 Move letter to make a word. Let’s move letter “P” to a position that creates word “POT” to earn 6 points. 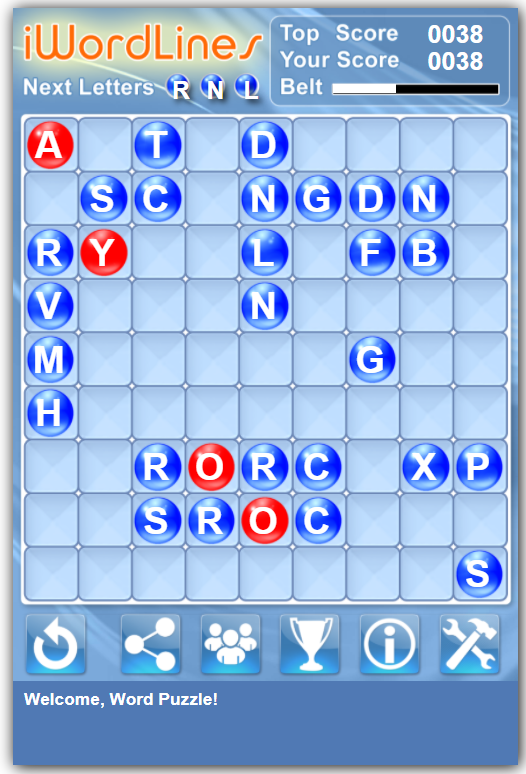 The longer the word, the more points will be earned. Let’s remove another word by moving letter “N”. 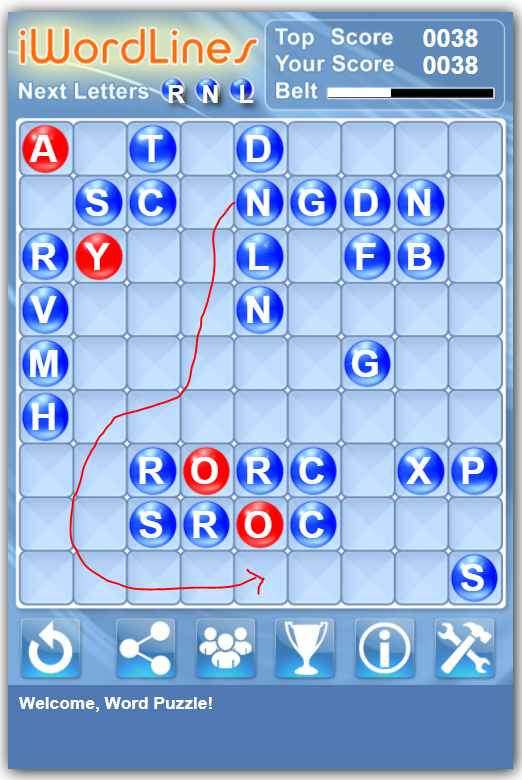 Word “Ron” is removed. Let’s search for other potential words like “NOR”. 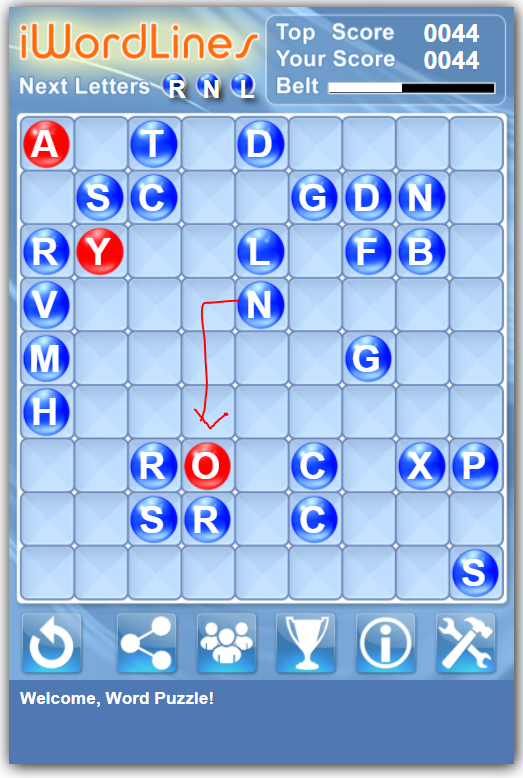 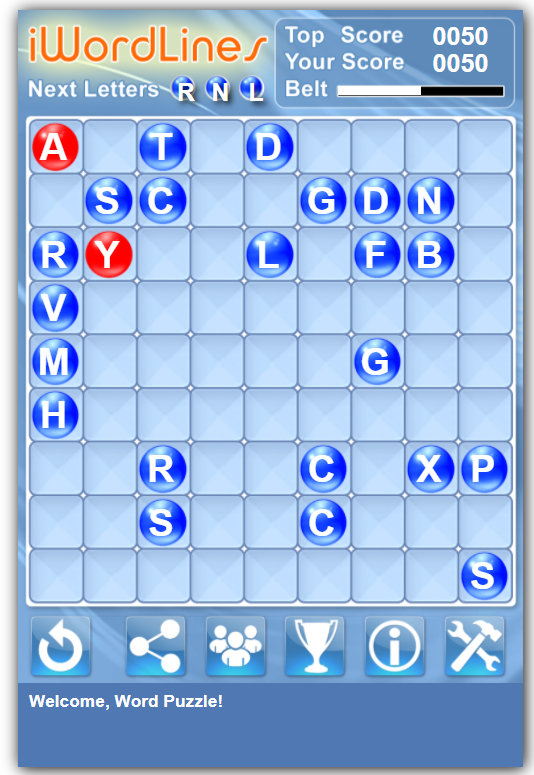 Game objective is to earn the highest score by combining letters to form words.

Game board has 81 (9×9) cells (squares). It starts with several randomly selected letters placed on the board.

Points are earned every time you remove letters from the board. The more letters you remove the more points you earn.

To remove letters, arrange at least three letters to the correct word (noun) in lines (horizontal, vertical or diagonal).

To move a letter, select it first by clicking on it, and then click on a destination square.

You can only move a letter if a free path exists between the current location and the destination selected.

With every move computer adds three new letters to the board, however new letters will not be added to the game board after a word removal.

Instead, you will be rewarded with yet another move before new three letters.

The game ends once the entire game board is filled up with letters. Enter in your name and see where you rank on the Leader Board – you will be highlighted in yellow.

There are no users currently online